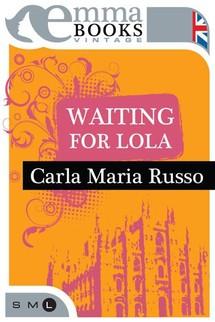 Against a background of the toughest years of the Second World War in a grey and desolate Milan, despite the bombings, the massacres, the dead bodies left to rot in the streets, a miraculous and tenacious love affair is born, destined to bring its two young protagonists, Mara Bonfanti, beautiful, elegant and well-born, and Mario Canevari, a steel worker, moments of incredible joy and moments of excruciating sadness. Their daughter is abandoned to her fate the minute she is born and Mara’s mother, not to mention social convention, will force her to marry General Pepe, a much older man and a high-ranking official in the Ettore Muti Fascist Brigade.

When General Pepe is found dead at home one morning, Mara confesses to being guilty of his murder and is condemned to a life sentence in prison. Eighteen years later, an anonymous letter causes a forgotten past to resurface, throwing a new and totally unexpected light on those long-ago events. A heart-warming and thrilling novel that minutely and accurately reconstructs a city, an era and the psychological make-up of its characters, all of differing social extraction yet all of the same tragic stature. A novel in which everybody pays the price of the historic time in which their lives have been destined to play out and the self-centredness that every war generates, making victims and executioners of its protagonists.

Carla Maria Russo was born in Campobasso, in the Molise region, but moved to Milan, her adopted city, when she was thirteen. She holds a degree in Literature and has taught Italian Literature at secondary school level. She has devoted herself to writing for the last few years. She published La Sposa Normanna with Piemme (2005) to huge public acclaim, which won the literary Città di Cuneo Prize for a First Novel and the Feudo di Maida Prize, followed by Il Cavaliere del Giglio (2007) and L’Amante del Doge (2008). Waiting for Lola won the literary Fenice-Europa Prize. Her books have been translated into several European languages.